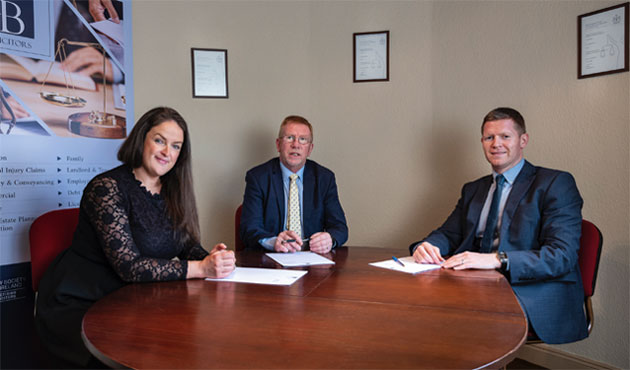 The team at Paul Brady & Co. pride themselves on providing expert and professional legal advice across all our practice areas. Of equal importance is our ability to listen and understand the very real concerns of our clients. 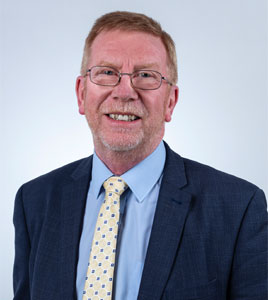 Paul Brady is a Graduate of Law from University College Dublin and qualified as a Solicitor in the Republic of Ireland in 1978. Paul worked initially with another Firm of Solicitors in the Navan area from 1977 up to 1986 when he opened his own Practice and has been principal of the Firm from that date until the end of 2021, when Paul’s son Conor came on board as a Partner to Paul in the business.

Paul is an experienced Commercial Litigator and has appeared in all Courts including the Commercial Court in Ireland on behalf of both Plaintiffs and Defendants.

Paul also sits as a Director on the Board of the Solicitors Benevolent Association, which assists members or former members of the solicitors’ profession in Ireland and their wives, husbands, widows, widowers, families and immediate dependants who are in need.

Paul can be contacted at pbrady@paulbradysolicitors.ie 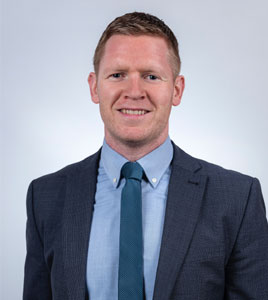 Conor qualified as a Solicitor and was admitted to the Role of Solicitors in January 2014. His qualifications include a Bachelor of Business Studies from Dublin City University and a Postgraduate Diploma in Law from Dublin Institute of Technology.

Conor has worked in the practice for years having carried out his traineeship with us and has recently been promoted to a Partner in the firm. In that time has gained extensive knowledge in the various areas of Property Law including both residential and commercial conveyancing and commercial leasing. He also acts in Personal Injury Litigation matters, and other contentious matters, Debt Recovery, Probate and Wills and various commercial law matters including shareholder and partnership arrangements and mergers and acquisitions.

Conor also spent time seconded to the Legal Department in IBRC where he dealt with the legal aspects in various banking, receivership and conveyancing transactions and gained specialist knowledge in transactions involving NAMA.

Conor recently spent 3 years working in the Cayman Islands, focused on the areas of litigation, insolvency and restructuring, gaining a wealth of knowledge in various cross-border transactions.

Conor can be contacted at cbrady@paulbradysolicitors.ie 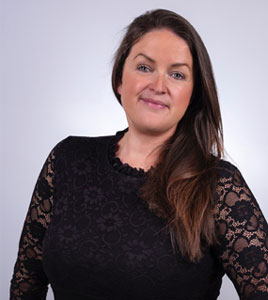 Deborah qualified and was admitted to the Role of Solicitors in February 2006. Her qualifications include a Bachelor of Law degree from University College Dublin in 2001 and a Diploma in Employment Law from the Law Society of Ireland in 2007.

Deborah is also a fully insured fully qualified mediator and mediates various disputes in her spare time. She was founding partner of the Mediation Academy of Ireland and provided mediation training courses since 2013 until 2021.  She regularly mediates disputes between family members and has a particular interest in mediating probate and elder related disputes. Deborah also teaches in Business Law, Criminal Law and Legal Practice and Procedures. Deborah has sixteen years post qualification experience gained both in house and in practice. She has worked in house as a solicitor with the Bank of Ireland group for four years before joining Paul Brady & Co in January 2018.

Deborah has a keen interest in banking law and debt collection and a particular interest in family law, frequently attending the various district courts on behalf of various clients making appearances for access, custody, guardianship and various applications under the Domestic violence legislation. Deborah has many years’ experience advising clients on divorce applications, judicial separation applications, pension adjustment orders and separation agreements. Deborah also advises employers and employees on all aspects of employment law and employment / HR disputes and regularly attends the WRC on behalf of both. Deborah also has a keen interest in the transactional HR work, regularly advising employers on their Contracts of Employment, staff handbooks and various policies and procedures within the workplace.

Deborah can be contacted at dleonard@paulbradysolicitors.ie